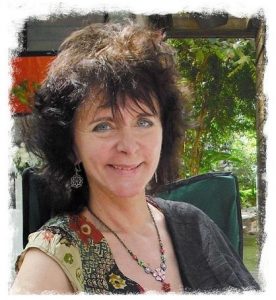 As part of my interview series Writers on Research, I spoke to author Ruth Padel on the research process behind her novel Daughters of the Labyrinth (Corsair, 2021).

Before we get into the specifics of the research behind Daughters of the Labyrinth, I’d love to know how you first came across the history of the Jews of Crete. You mention in your Acknowledgements that you were first invited to Crete by archaeologists from the British School in Athens, but what was it that draw you so strongly to the history there and to Nikos Stavroulakis’ work at the Etz Hayyim Synagogue?

I first went to Crete as a student researching something quite different – ancient Greek tragedy, myth, religion, and ancient ideas about what was inside people – for a PhD thesis which became a book called In and out of the Mind. I had got a scholarship to get out of England for a year and went to the British School of Archaeology at Athens. They needed students to help on a dig at Knossos and I agreed to go. I had no idea how lucky I was, how that would introduce me to a whole new world, which has been one of my touch-points ever since. I was studying ancient Greek, which my father first taught me. But at Knossos, from Cretans I was working with, I learned the living language, modern Greek. I felt I was in touch with the living history of what I had studied all my life and loved the sense of delving into that ancient earth, the whole process of discovery and uncovering – I think this feeling animates the whole of Daughters of the Labyrinth and the whole ten year process of writing it. After that I kept going back to Crete, sometimes living there for a year on end, teaching and writing. When I married and had a child, we spent six months at Knossos, my daughter learned to walk on those ancient stones.

I got to know all the island but the Knossos and Heraklion area was the bit I knew best – until, decades later, an old friend brought me to West Crete, to Chania, and introduced me to the synagogue.

I am not Jewish but was very moved by the history of the nearly forgotten and very ancient civilization of the Jews of Crete. They had an uncanny parallel to the lost civilisation of the Minoans. Nikos Stavroulakis was a remarkable teacher, very knowledgeable, and had done an extraordinary job of rescuing and renovating the synagogue, re-consecrating it as a working place of worship but also a centre for reconciliation. The small local congregation was made up of Jews Catholics, Orthodox and I suspect atheist, but the festivals were attended by people from everywhere, and of curse tourists and Jewish visitors came through all the time to attend Friday services. An extraordinary, very special place.

Like Etz Hayyim, it feels to me as though Daughters of the Labyrinth is in some ways an act of restoration, of rebuilding a story from shattered fragments. Again, your Acknowledgements points in some detail to the resources that were available to you in researching the Jews of Crete, but I’m keen to know you felt when you were handling this material. As the history came alive to you, how did you know what you wanted to include in your narrative and what to leave out? Were there ethical concerns involved in that process?

I wrote the novel in three stages. At first it was entirely a historical novel, based on the two true stories I mention in the Acknowledgements. One was the single survivor of the Germans’ arrest – a sad isolated woman whose non-Jewish boyfriend had saved her, but then he died and she came back to the town, emptied of Jews, alone. Locals remembered her. The other story hinged on the photo of two girls, given to Nikos by their school friend who had then emigrated to America. She had watched the dawn arrest but had assumed they survived, and came looking for her friends. Extraordinary. She gave Nikos the photo and her own eyewitness account of the arrest. I used her account in the story, but did feel ethical concerns about using the photo.

I based the non-Jewish boy, Andonis, on a close friend I had known since the old days at Knossos. I knew a lot about Crete and its history from living there; and about the synagogue, the arrest of the Jews, their food, rituals, worship,  from going regularly to Chania and seeing friends around the synagogue. I stayed in Nikos’ house, in the top of it, now owned by dear friends. There were also pamphlets for the different services, and Nikos’s wonderful Cookbook of the Jews of Greece.

But in that early form, it was too much of an adventure story, not reflective enough. I put a lot of my love for Crete and the Cretans into it, but it did not feel original or sinuous enough: not now enough. So I invented the couple’s daughter and put the narrative into her voice, and made the main plot her discovery of their story. That was the second stage.

Then, as Covid approached, there was a third layer, in which I saw the pattern of civilizations, loss and disaster – like the German occupation, the tsunami that destroyed the Minoans, and then the global lockdown of Covid.

So, for reflections on that, I looked for what I needed and researched it where I could. In psychology, Holocaust literature, and also art history, since the character was an artist. The characters felt more and more real to me, and I looked for what I felt mattered to them. Particularly the narrator. I went and talked to artist friends, I wanted to get the feeling right, of living a career in painting. Teaching, being taught, drawing, fixing colour on canvas, how it feels when someone looks at your work, your relationship with the gallery owner – everything.

I’m struck as you mention all these different influences on the stages of your narrative-building that the sources you drew from came from so many different places. For me, one of the more oblique intertextual sources that excited me in the novel is the way you share Cretan mantinades, the musical narrative poetry of the island. As a poet as well as a novelist, perhaps you could tell us why this lyrical form excited you so much when researching for the novel.

A lot of this novel came out of my life rather than research, and writing it was researching my own history as well as the island’s. I have always sung. When, as a student, I got to know Cretans working in the archaeological trenches at Knossos, they taught me mantinades, and other Cretan songs. I’ve sung them ever since. I included one in my Desert Island Discs a few years ago. Beautiful, but often very funny, very quick and observant – very human.

Yes, I think it’s that almost universal sense of humanity that jumped out for me in the mantinades, in the way they intrepret human feeling. In that regard, another intertextual source that jumps out for me is Greek mythology, specifically that of the Minotaur and of its analogous relationship with what you call ‘the beast at the heart of civilization, the monster in the human psyche’ (p.17). Mythology is something that’s come up a few times in this interview series, notably in my conversation with the author Wyl Menmuir, but I’d like to know what resonance you feel the story of the Minotaur’s labyrinth has with our modern understanding of the world. What is it about that motif that continues to ring true within the human heart?

It’s an extraordinary thing. I don’t think it’s a coincidence that Freud laid bare the unconscious in the very same years (1900-1905) that archaeologists were excavating the Palace of Minos at Knossos. George Steiner was one of the first people to bring the Holocaust into critical discussion. In his 1956 book The Death of Tragedy he talks about the monster at the heart of civilization – Nazis playing Schubert as the cattle trucks unloaded at Auschwitz, all that – in relation to the Cretan image of the bull, the secret shame beneath the royal family of Minos, the first royal family of Europe. Minos was Europa’s son, she was brought to Crete on a bull, and Minos’s wife had sex with a bull and bore the Minotaur. Minos had the labyrinth built to hide it. That mythic image, the Minotaur in the labyrinth under the palace, is the hidden brutality under the surface beauty of any civilisation. It seemed to me to have special relevance to now, when the nastiness, selfishness, jealousy, violence and aggression that are always present (as Freud pointed out) in every psyche, and every nation, are more visible, more aggrieved and vocal, and even licensed by popular politicians, than they have been for over a century in Britain. Unfortunately. As elsewhere.

That’s certainly a resonance I picked up on, both through the historical sections of the novel and through the contemporary ones. The characterisation of the UK in the early chapters is as a hostile environment, one damaged by the recent resurgence of English nationalism and xenophobia. I think this is aptly reflected by the motif of the Minotaur, as you allude to, and yet I feel there is also a further complex call-to-action embedded within the narrative. Towards the end of the novel, I was struck by this quote: ‘Whatever you find unforgivable, that’s what you’ve got to forgive’ (p.261). This spoke directly to me as an Englishman worried about the trajectory of our country, and I wonder if you had Britain in mind at all when you wrote it. What is it in your research that helped enforce that idea for you – that strength in forgiveness – and what can we learn from that going forward?

Well, a lot of the hidden reflections, as it were, below the surface of the novel are about families. All the tragic Holocaust nexus of second generation/third generation survivor guilt, as well as sorrow and anger, of the shadows of inherited trauma: Ri gradually discovers that she had inherited her mother’s buried trauma without knowing what it was. I did a lot of research in psychology literature and the literature of trauma: appalling things seen and then buried, which emerge in family dynamics in other forms. This is particularly appropriate for Crete, a land of so many caves, so many secrets and layers. So I was particularly thinking, in that phrase, at the family rather than the national level. But Britain … We were the one country that, in my parents’ generation which went through the Second World War, did not suffer the trauma of either an occupation or a civil war, to test us. All our neighbours did: Ireland had a civil war, France and Belgium had the Nazis; they all have had to learn, confront their past, and forgive. I think we are being tested now. Who knows what will come?

Ruth Padel is an award-winning British poet, author of twelve acclaimed poetry collections, a first novel set mainly in the jungles of India, and an eclectic range of  non-fiction from wild tiger conservation to madness in tragedy, reading contemporary poetry and the influence of Greek myth on rock music. Her poems have appeared in the New York Review of Books, London Review of Books, The New Yorker, The White Review, Times Literary Supplement, The Guardian and elsewhere. She started out as a classicist at Oxford, has lived in Crete on and off since she was a student and visits regularly, and is Fellow of the Royal Society of Literature and Professor of Poetry at King’s College London. www.ruthpadel.com