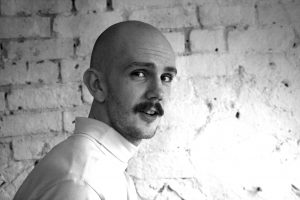 When it feels like the world is falling apart, how do you keep those closest to you from doing the same?

In July 2021, I was proud to finish work on my fifth novel A Bad Decade for Good People. It’s been a long process, and has involved me exploring aspects of myself and my environment that have been as rewarding as they’ve been painful. I’ve had such a great deal of support from all kinds of people, and of course would love to do them proud by finding a place for the novel in the big wide world.

A Bad Decade for Good People is literary fiction in the vein of Luke Brown’s Theft, Jonathan Coe’s Middle England and Bethan Roberts’ My Policeman, standing at just under 90,000 words. The novel is a letter of love and support to the people let down by the last ten years of British politics, framed around the difficult relationship of siblings George and Laurie as they try to find their place in Brexit-era Brighton. It’s about family, sexuality and grief, but more broadly about how we as individuals rediscover our political agency in the face of continued uncertainty.

My work on A Bad Decade for Good People started back in 2018, after returning to Brighton from a short time in Guadalupe, Spain. In 2019, I continued my work on it as part of my Creative Writing MA at Lancaster University, earning a Distinction for my opening 30,000 words. In 2020, an early draft was longlisted for the Grindstone Novel Award. In early 2021, the manuscript underwent a Developmental Edit from editor Sam Jordison via Jericho Writers, whose feedback helped inform the final draft.

A Bad Decade for Good People will be published by Parthian Books in Summer 2023. For press enquiries you’re more than welcome to reach me directly at joebedford86@yahoo.co.uk or via Twitter @joebedford_uk