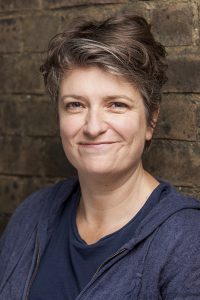 As part of my interview series Writers on Research, I spoke to author Kate Smith on the research process behind her novel The Negligents (Valley Press, 2018).

The Negligents is structured around a legal negligence claim, with a framework of legal notation guiding us through the narrative. I know you worked as a barrister and solicitor for many years, and I wondered about your feelings as to the proximity of your legal background and your fiction. How did legalistic thinking, legal language and your memories of the profession feed into the novel? What interactions did you uncover, if any, between fiction and the process of law?

I knew with this book that I wanted to write about a relationship, a friendship between Grace and Polina going wrong, and that I wanted to set this somehow within a legal context, but without writing a courtroom drama. For me, my relationship with law is an odd one, a kind of push/pull. When I was practising as a lawyer, I think I yearned for more creativity in my work, more nuance, more room to call a spade something other than a spade, and that’s when I started to see the possibilities and dualities in the areas of law that I specialised in. If Negligence is just legal speak for carelessness, then doesn’t it apply to all of us? Haven’t we all been careless in our friendships with others? How might we explore that idea in a ‘non-legal’ way? It helped that Negligence breaks down into a number of elements a claimant must prove, and all of them I felt would have resonance for lay people (lay people? Discuss) – the elements being loss, duty, breach, causation, remoteness and defences.

And now I’ve escaped from the law, (I still teach, though) I sometimes miss its precision, its nailing down of concepts and ambiguities, which to me can bring its own satisfaction. The book is some attempt to reconcile both parts, the freedom and the precision, the loose and the tightly wound, and to use those as the vehicle to examine a relationship which by its nature, being human, gets mucky and rule-less.

I’m drawn to connection with personal, ‘non-legal’ notions of Negligence, which I think ties in with the recurrent theme of culpability that runs through the narrative. Causality, fault and blame are all repeated motifs that help question the extent to which we can be blamed for the unforeseen consequences of our actions. Do you think that’s a fair assessment of the moral root of the novel?

I’m not sure that there’s really a moral root to this novel, or maybe it’s not so much a root as an off-shoot, and not really part of my motivation directly when I was writing it. But yes, you’re right about blame and causality running through this narrative. I’d say my preoccupation was with the notion of ‘truth’ and how we can get hung up on that. In law there’s no truth, not really. There’s a version of the facts that the Judge prefers and we call that the truth, though they’re not, I would say, one and the same thing. I’m fascinated by the way we, as the public, as people, will tend to prefer fact over fiction when searching for a universal mythical truth, as if it is somehow a more reliable narrator, and as if fact and fiction can be that easily separated and easily identifiable as one or the other. This novel is partly my attempt to look at that, to hold a version of events up to the light and ask whose perspective here is the more real? And what does that mean? Is it meaning-less? If we can’t blame others for what happens to us then who is to blame? I wanted that to be an uncomfortable and ultimately unanswered question.

Also, I should perhaps insert a note in terms of structure here, my other preoccupation. With a Negligence claim, the claimant will tend to come to you, their lawyer, at the end of their story. Everything has happened to them. They’ve been hurt by someone else. The hurt was the last thing that happened in the sequence of events but the first thing we see. Ah, so you’ve broken your leg in a car crash? Tell me how that happened. We therefore work backwards from the end to sort out the beginning. That’s also how we tend to make sense of our lives, of course (cf. Kierkegaard), and I wondered how that notion might play out in this book. It allowed me to explore the stories organically, I suppose without trying to impose order on them as I went along, trusting they would make sense in the end. Another way of saying that is that I didn’t really have a clue what I was doing. I wrote scenes out of order and then afterwards grafted them together to make a picture that made the most sense to me.

I may be fishing here, but perhaps that approach to structure is what motivates your penchant as a writer for the minute, telling details that characterise the human experience (as I read it), those grafted ‘picture-pieces’. Aside from your terse observations on human behaviour, the prose really hones in on the moment-defining minutiae of a scene, the kind of crucial details which in real life we might take for granted. A few potential writing-influences spring to mind for me, but who do you draw upon in terms of that highly synecdochical attention to detail?

I would say that the writing I love most manages to ‘hone in’, as you say, on the minute detail of a scene, making the tiny details beautiful, and then can sometimes pull back to reveal the whole. So many writers do that so well and I’m so drawn to it, I guess it’s inevitable I’d want to try and write like that. I think it’s also the way I see the world, in that cinematic way. It’s hard actually to single out a few writers who really do it for me on this level, but I’d say those who’ve had a real impact would be Rachel Seiffert, particularly in her short story collection Field Studies, (beautiful detailed, spare writing) Jennifer Egan, especially in Black Box, Jonathan Safran Foer in Everything is Illuminated, Carol Ann Duffy, especially in The World’s Wife collection, David Foster Wallace in Infinite Jest, Don DeLillo in nearly everything. In terms of screenplay, which I know feeds into the way I write, I’ve never really got over The Sopranos or Six Feet Under. I feel like everything I write is part homage to those.

Since we’re speaking about other writers I feel I’d be cheating myself if I didn’t ask about your feelings on Fitzgerald. One of the epitaphs from The Negligents comes from Gatsby, a line from Nick’s narration that describes the moral carelessness of Tom and Daisy, the way they ‘smashed up things’ and let others clean up the mess. In broad terms, has Fitzgerald been a big influence on your writing? What do you feel is the relationship, if any, between The Negligents and Fitzgerald’s trend of building complex moral structures within his work?

Honestly, no, Fitzgerald hasn’t been a conscious influence on my writing. I enjoyed The Great Gatsby, its deftness,* and that sense of injustice, of the rich getting away with it because they’re rich, has maybe never been more relevant to us than it is now, living, as we are, through an era in politics where everything is upside down, where fair is foul and foul is fair. I’d like to write about that, actually, about corruption permeating our morals and our politics and our language and the way we view the world, but at the moment I’m so perpetually angry about it that it would be too on-the-nose. I probably need to simmer down.

*Back to the question…I do think Grace embodies that sense of carelessness without consequences that Gatsby explores so elegantly and shockingly. For a while I think it serves her, or she believes it does, but superficially, like charm, like she’s charmed. But it doesn’t last, not because of (I hope) some moral deus ex machina popping up at the end but because she grows up and tries to take responsibility, and doing that will only ever be messy.

Finally I’d like to ask what I’ve been asking many of my interviewees for this series. I’m interested in exploring the idea of the novel as an act of research in and of itself, as a question which needs a novelistic framework in order to be articulated and explored. In that respect, do you feel The Negligents has a core question at its centre? And if so, to what extent do the experiences of Polina, Grace and your other characters contribute to answering that question?

I think this is a really interesting idea. For me, I didn’t so much begin with a single core question that I wanted to answer, so much as a number of preoccupations that wouldn’t go away. I’m sure someone once said that sometimes the only way round these things is through them, and I tried to write through them. Which, as it happens, made me realise that it takes some guts to do that. It’s much easier to skirt the difficult bits. It might sound rather thin, but at its heart I wanted this to be a story about friendship and love and family, especially as to what it takes to ‘do’ all of them. If I had a question at all, perhaps that was it. This wasn’t something I was looking for or needing my characters to answer, though they gave their version of events.

Kate’s first novel The Negligents (Valley Press) was written as part of her MA in Creative Writing from MMU, for which she achieved a distinction and the Michael Schmidt prize. She’s working on the next, and also writes non-fiction, most recently a Tort law textbook to be published soon by Hall & Stott. Kate writes and performs comedy for television and radio, she was a finalist in the BBC’s New Voices for Radio and was shortlisted for Radio 5’s Podcast Award.