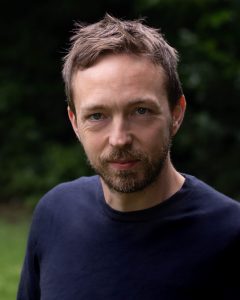 As part of my interview series Writers on Research, I spoke to author Richard Smyth on the research process behind his novel The Woodcock (Fairlight Books, 2021).

The Woodcock feels as though it is, in some ways, about Englishness and our idea of England. It centres around what is commonly thought of as our ‘third’ landscape environment – the coast (following from urban and rural) – and I wonder to what extent you feel that our idea of England or Englishness is tied to the natural and social life of the coast. On top of that, is there an extent to which this life, like the foundations at Gravely, has been eroded over time?

What I find especially interesting about the northern English coast is that it has this dual identity: as a resort, as a place you go for a fortnight in the summer, a non-place, in some ways, defined by what it’s not (it’s not home, it’s not work, it’s not routine), and then for the people who live there year-round a very hard place, a place of little work, often a bitter climate, precarious livings – and a hard place to get away from, too. For various reasons I’m wary of ‘Englishness’ narratives but in the novel I tried to get across both of these ideas – how on one hand a non-local, Jon, finds in the coast a place where certain ‘fixed’ values are found to be frayed, where the centre, so to speak, cannot hold, while, on the other hand, the community itself is – through lessons hard-learned – cautious, commonsense, and conservative.

Erosion is a constant presence in the book, but I think (for me, and my view isn’t the be-all and end-all) it relates to something more fundamental than the values of our shrinking islands. One of the two epigraphs in the book comes from Moby-Dick: ‘In her murderous hold this frigate earth is ballasted with bones of millions of the drowned.’ I think of erosion and I think of those old Suffolk churchyards chewed open by the North Sea, and all the bones exposed. There’s a darkness within everything. The underpinning worldview of The Woodcock is pretty stark (one friend, after reading it, called me ‘an apocalyptic little so-and-so’; another told a mutual friend he was ‘impressed by the bleakness of my vision’). If you don’t like it, as Groucho Marx said, I have others.

Of course, although I think I can see why you chose to thread the novel’s worldview and setting together in such a way, particularly as someone who has holidayed regularly in Skegness… On a serious note, I was also interested in how you support your use of setting with first person narration from both Jon and his wife Harriet. I’m keen to know how you approached researching and building an authentic narrative voice, particularly in regards to the rhythm of 1920s speech and sentence structure. Was it a challenge to capture that voice, and to what extent did literature of the time feed into that?

This is a really interesting question. Was it a challenge? No – but then, I wasn’t attempting a note-perfect recreation of 1920s speech (or north-east-Yorkshire speech, come to that). Making these things work is a delicate and hard-to-describe business, and, like spin bowling or fly-fishing, it has a lot to do with touch, with intuitive judgment. It’s about the feel of language, and that sense of ‘rightness’ that we often, sometimes correctly, call authenticity. I think there are human rhythms in the English language – and presumably other languages, I’m afraid I wouldn’t know – that (up to a point) transcend period: nail those, and that’s half the battle. Beyond that, I find – as with so much in creative writing – it’s a matter of trusting myself. I haven’t exactly steeped myself in the literature of the period but I’ve read a decent amount and I felt that I could, in a manner of speaking, do the voice – that is, capture the fundaments of the language, without having all the characters talk like Tuppy Glossop.

On top of all this, there are always layers within historical fiction, tricky onion-skins of irony, imitation, postmodernism, pastiche, and so on. There’s a lot going on whether we like it or not. I think The Woodcock, while being a relatively ‘straight’ novel in terms of its form, does to a degree subvert the genre (actually this is something critics have picked up on more than I ever intended): in its language, yes, and also its unsteady morality, the attitudes to sex, the sex itself, the politics, the constant interpositions of history, ancient and modern – I think all of these things, while (for what it’s worth) ‘authentic’ in the novel, are in a quite complicated interplay with the present.

That’s true, and again perhaps that speaks to what your friend referred to as the ‘apocalyptic’ in your prose. That said, I feel as though The Woodcock also looks backwards, and much further backwards than contemporaneous literature. One key intertextual source for the novel is the Bible – not just in the numerous quotations taken from it but in the archetypal relationship of Jonathan and David. Recently I asked the author Carys Bray what she felt it meant to use the Bible as source material, and whether her relationship with the text changed as she wrote her novel When the Lights Go Out. I’m keen to get your perspective on this in relation to The Woodcock, and more generally on whether you feel Biblical stories are fit for repurposing in the modern age.

A funny one for me, this, as a staunch lifelong atheist. I really have no feelings at all about the Bible other than literary ones. It’s an inexhaustible source of rich, evocative language and imagery – often very dark imagery, and very complicated imagery – sometimes it’s like hearing snatches of confusing old songs, and it goes right up your backbone. So I use it like I use history (I feel like a trickster, or like some cynical sensation-monger, when I talk like this about writing, about ‘using’ material, but it’s the reality of the process – my process, anyway). Throw it in, see what it makes. More complexity, that’s what I want. I do mean ‘complexity’, by the way (my wife, who is much cleverer than me and works in, among other things, complexity science, rightly pulls me up if I say ‘complex’ when I mean ‘complicated’). Complexity is where a lot of things come together and, however much information you have, it isn’t possible to say what’s going to come out. ‘Complicated’ is different. ‘Complicated’ is where the spaghetti is tangled up. But you can always unravel the spaghetti.

To close with something potentially ‘complex’ (or perhaps just tangled), one of the central but perhaps more oblique themes of The Woodcock is masculinity, typified by two crucial sporting scenes. The first is the cricket match, which evokes all kinds of perspectives on English masculinity, and the other is the distinctly non-English fairground boxing match. I’m curious to know how you feel about masculinity, ‘toxic’ or otherwise, and (circling back to where we started) whether your feelings are tied to ideas of England and what it is to be (or not to be) an Englishman?

There are certain concepts in corny old ‘traditional’ masculinity that still do appeal to me and probably always will (a filthy secret for a left-wing progressive to confess). Resilience, restraint, quiet courage, grace under fire, all that. Parts of the novel are about how men are suckers for heroes (it’s supposed to be girls that get seduced, says Harriet, but the reality is it’s men who fall quickest and hardest – so they swallow con artists’ lies and follow fools to war). Jon reverently mentions Scott and Mallory: old-fashioned heroes who acted out a sort of practice colonialism, who enacted conquests, in Antarctica, on Everest, where there was no-one to conquer – almost abstractions of ‘English’ heroism (Englishness doesn’t actually enter into it for me, except superficially).

Throughout the novel Harriet offers a sort of running commentary, and this is absolutely crucial to what the novel has to say about men and women – because I think it’s pretty clear that, while the men grandstand about Events, and shout and make speeches and have grand feelings, Harriet sees more sharply and thinks more clearly than anyone else. I was pushed a little, when I was editing, to get Harriet to do more, but I was resistant to that, because men have for so long, so successfully, so systematically monopolised doing, and I wanted to make a little comment on that. But I also think there’s validity to both versions of events. I’m not really laughing at the silly little pompous men and their inflated ideas about life and love (I’m obsessed with love, as a theme). But at the same time a lot of the book is about how men are fucking idiots.

Richard Smyth is a writer and critic. His historical novel The Woodcock was published by Fairlight Books in July 2021. His work has appeared in The Guardian, The New Statesman and The Times Literary Supplement, and he is the author of five books of non-fiction. In between books he compiles crosswords and writes questions for television quizzes. He lives in Bradford, West Yorkshire, with his family.