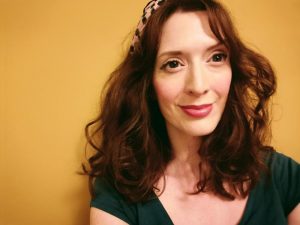 As part of my interview series Writers on Research, I spoke to author Naomi Booth on the research process behind her collection Animals at Night (Dead Ink Books, 2022).

Animals at Night feels like a fitting title for a collection that contains so much imagery of British fauna. Encounters between your characters and the animals whose environment they cohabit are frequent, but it struck me while reading that many of these encounters are with animals that are dying, dead or in a state of suspension (as with the caterpillars in ‘The chrysalides’). I wonder to what extent you feel that that image of the animal-as-corpse, undergoing a chemical transformation in the process of decay, ties in with the broader emotional palette of the collection.

It seems to me now—though I couldn’t have articulated this at the time I was writing—that in each story in the collection an intimate human scene is interrupted and/or intensified by an encounter with a non-human animal. I’m attracted to the idea of these stories being disturbed: that the human progress of each story is disrupted, as well as each story containing imagery that might be unsettling, macabre even, as with the dying animals. I find your idea of the process decay resonant—that’s how I understand life, I think: as a process of uncontrollable and exuberant decay. I recently read Anne Boyer’s brilliant non-fiction work The Undying, in which she describes the capacity for literature to illuminate the ‘blurred edge’ between being alive and dead: death and life, sickness and health, are not binary conditions, she tells us. We’re all bound up in the processes of change that produce life. And this can be a source of mystery and wonder as well as of horror, I hope. In one of the stories in this collection, I quote from another brilliant work of non-fiction, Daisy Hildyard’s The Second Body, in which Hildyard speaks to a biologist. He tells her that one of the difficulties in establishing whether there’s life on other planets is that there’s no scientific agreement on the definition of life. I find that mind-blowing! I hope that in these stories I occasionally manage to capture the gorgeous, gruesome strangeness of the organic processes of our world.

I think you do, and I think that is further reflected on the way you capture social processes too, not just the working of biological life. To touch on a singular moment in ‘The chrysalides’ just briefly, there is in this story a nod towards how Western society may be in a state of decay or transformation itself, a feeling which came sharply into focus for many people during the pandemic and Black Lives Matter protests. Do you feel as though this period altered your perception of our social environment and its trajectory?

The last couple of years have felt to me like an intensification of longstanding injustices. I heard Homi K. Bhabha speaking on the radio during the pandemic about a ‘constellation’ of questions regarding life and death, hope and hopelessness, that were prompted by Covid, by the ‘public execution of George Floyd’ and by the precarity of refugee life. The intensification and increased visibility of suffering during the pandemic sometimes made me feel that we must be close to a collective reckoning of some kind. That’s partly what I was working through in ‘The chrysalides’, in which the narrator feels at certain points in the story that transformation must be coming, that certain oppressive structures are surely about to be destroyed. But I’m also pretty sceptical about the way this character feels about the possibility of change: she seems to believe societal change will just ‘happen’, as though it’s a ‘natural’ process for injustice to be revealed and then demolished. She’s chided by her partner for not appreciating that change requires determined, continual, visionary work. I think what we’re experiencing now, as we move into the chronic rather than the acute stages of the pandemic, is a horrible sense of bathos. The transformation didn’t happen: these moribund political systems totter on, are ever more violent. There’s no easy way to feel hopeful about transformation just now. But I guess this is when the work comes in: we have to find moments of hope, those glimpses that things can be different, in order to make anything change.

To stick with that idea of collective bathos for the moment, anxiety is a prevalent theme throughout the collection, often translated into concerns around contamination and sanitisation. Again, I wonder if this is a product of the pandemic, and to what extent that anxiety around cleanliness is indicative of our response to the trauma and loss of control (both personal and social) that so many people are feeling.

I think the pandemic intensified anxieties of contamination for all of us, but also that these concerns were already there: they’ve been longstanding concerns for me, both in my writing and personally. Anxiety seems to be one of the defining, endemic experiences of our age. I think this is related to the climate crisis, as well as to other ways in which our lives and livelihoods might feel precarious. I’m interested in the ways our psyches might be adapting to the experience of growing up and living in a highly contaminated environment—and to knowing that humankind is responsible for this toxicity. My first novel, Sealed, published several years before the pandemic and is often referred to as a work of eco-horror—it revolves around the fears one woman has about environmental contamination and a pandemic, which is heightened for her during her pregnancy. I’ve always been interested in anxiety in my writing, I think, as an intense, fraught experience of connection between the individual and the world around them.

I’m glad you mentioned that link between anxiety and pregnancy, since the theme of new motherhood resonates so strongly throughout the collection. Aside from the analogous relationship of contamination-anxiety to new motherhood, I feel as though the stories in Animals at Night portray motherhood alternately as tied to both responsibility and culpability. The mothers in the collection have complex feelings towards their children, ranging from ecstatic love and protectiveness, right through to guilt and envy. Both mother and child are vulnerable, and both mother and child are culpable. How do you feel about that?

That profound ambivalence you’re describing feels important and true to me. I tend to think of maternity as an anxiogenic condition—as an experience that heightens one’s sense of the dangerousness of the world—and also a condition in which your own risk and vulnerability increases enormously. This is horribly evident right now in relation to pregnancy: the changes to the law around abortion in the US has prompted an outpouring from people sharing deadly experiences of conception—I mean this in both in the sense of pregnancies that have caused imminent risk to the life of the mother and in the sense of unplanned, forced pregnancies that can be life-ending in a more chronic sense. One way to counter the dangerous terminology of the supposedly ‘pro-life’ movement is, I think, to depict all the risky darkness of reproduction, and the way it produces profound encounters with loss, threat, risk and contamination, alongside and sometimes at the same time as its most positive aspects. I think of maternal relations as a powerful dark ecology: an enmeshed experience, which can be ecstatic and/or totally disastrous.

To close I’d like to hone in on the final story in the collection, ‘Sour Hall’. In terms of the story’s eerie rural setting, it reminded me of the novels of Benjamin Wood, Ben Myers, Andrew Michael Hurley, Jenn Ashworth and others, aspects of whose work might be grouped under what some call ‘Northern Noir’. As a writer born and living in Yorkshire, has the atmosphere of that place has influenced your work at all? Do you feel like the eerie, the lonely and the uncanny have any special relationship with the North?

This is a wonderful list of writers to be in the company of. If I tell you that I was born in Bradford on the day that the last victim of the Yorkshire Ripper was discovered, you’ll have a sense of some of the forces that have shaped me and my writing. There are certainly particular places in Yorkshire that gripped my imagination at a formative age: the post-industrial threat and grit of the former mill-town, Dewsbury, that I grew up in; the Calder Valley, and the beauty and desolation of the Pennine moortops; the reckless energy of Leeds on a Saturday night; the commitment to art and music that I discovered at open-mics in Marsden and Hebden Bridge and at the West Indian Centre in Chapeltown. It makes sense to me that the North might often be depicted by its writers as haunted or uncanny—I grew up surrounded by abandoned mills and derelict cinemas and dying town centres and I felt that there were malevolent forces circling around us. Perhaps there were: Jimmy Saville and Margaret Thatcher spring to mind. But I was also surrounded by great swathes of beauty and people full of walloping wit and fortitude. I hope that might make for a northern gothic that also has a sense of humour.

Naomi Booth is the author of Animals at Night, Exit Management, Sealed and The Lost Art of Sinking. Her work has been longlisted for the Sunday Times EFG Short Story Award and included in the Guardian’s Best Fiction of the year 2020. Her story, ‘Sour Hall’, was adapted into an Audible Originals drama series. Naomi lives in York and teaches at Durham University.